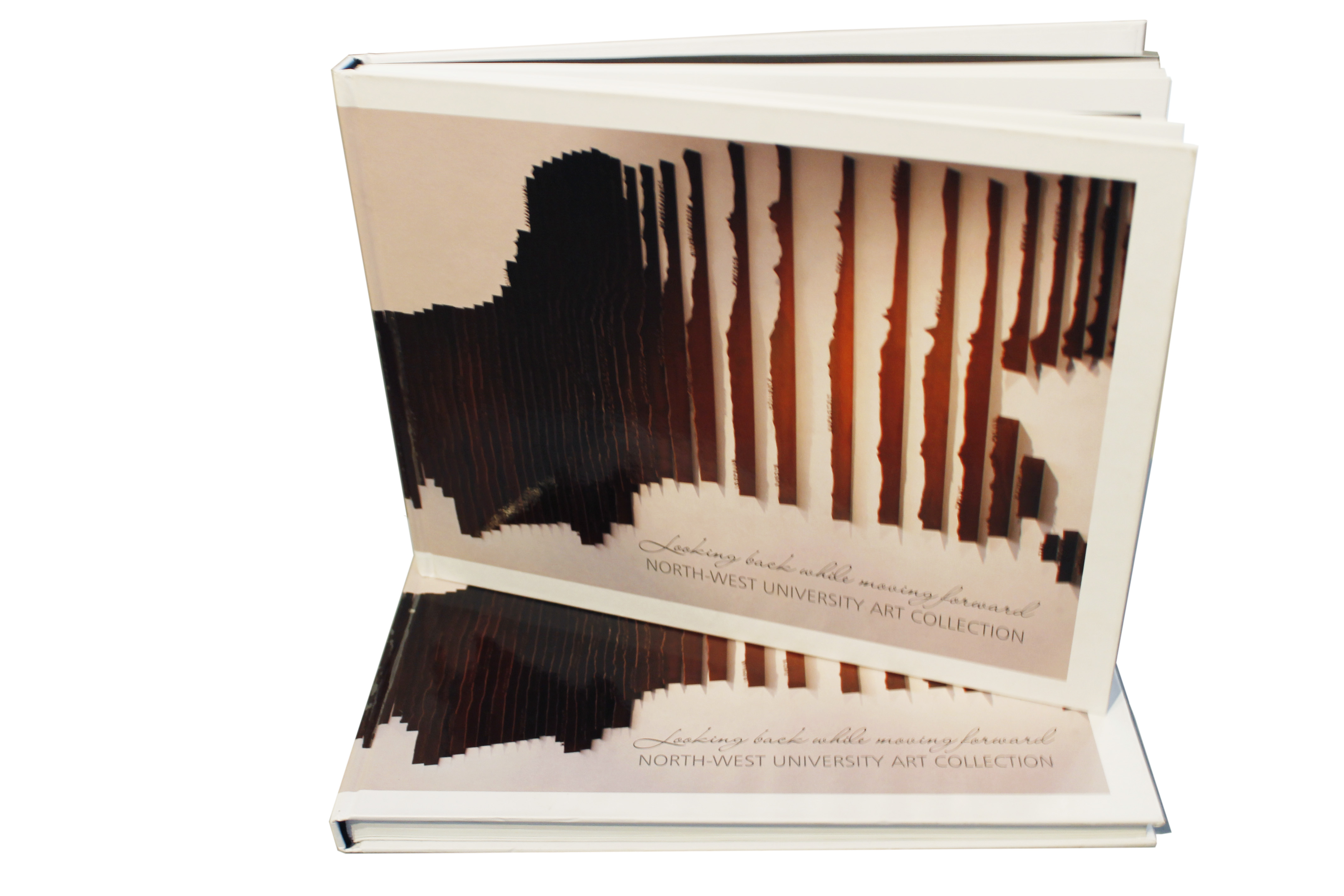 The North-West University prides itself on a diverse collection that has been established over the course of 80 years. The first recorded paintings were acquired for the then Potchefstroom University for Christian Higher Education under the direction of the Rector, Prof Ferdinand Postma, in 1932.

Consequently, The Committee for Physical Infrastructure decided that acquisitions and donations could be made from white Afrikaans artists.

This marked the start of the Committee for Art Affairs under the leadership of Professors Postma, AH van der Walt and Gerrit Dekker, who decided on an annual budget of ₤ 6.

Over the next few decades, donations from artists such as Jacob Hendrik Pierneef would form part of the physical infrastructure development of the University. Artworks such as the large ceramic panel in the Frans du Toit Building by Dirk Meerkotter and the George Boys construction in the foyer of the JS van der Merwe Building played an integral part of the interior design of some buildings on the campus.

The collection gained momentum in 1972 under the direction of Prof GM Ballot (then head of the Department of Art History). Prof Ballot organized an exhibition of contemporary South African art. During this exhibition sixty-six artists exhibited more than a hundred works of art. Many of these works were subsequently donated to the University, or given to the collection on an extended loan basis.

Through the years, works were continually added and exhibitions were held in a temporary exhibition hall in the Frans du Toit Building. In 1975, the Department of Art History moved to a new home on the top floor of the Ferdinand Postma Library where both storage facilities and a permanent exhibition hall were the centre for the art collection. During the next few years, the acquisition policy required that at least one work of art be added to the collection for each of the approximate eight exhibitions held annually.

It was during this time that the collection gained artists such as Bettie Cilliers-Barnard, Nel Erasmus, Maureen Quin, Dirk Meerkotter and George Boys. Other acquisitions included works by Patrick O’Connor, Pippa Skotnes and Hardy Botha. At the same time, an extremely valued alliance was formed with Christo Coetzee, who in 1989, donated 211 of his own works as well as 25 works by other important South African artists to the collection.

During the 1990’s, Prof John Botha (lecturer in History of Art) led an effort to acquire artworks by local artists from the North-West Province. Artists such as Daniel Novella and Tsietsi Matubako were given the means to sustain themselves and local artists were given a platform to showcase their art.

With the merging of two pervious universities into the NWU the Institutional Office of the new institution was opened in Potchefstroom and in 2009, funds were made available to acquire art for the new offices and 70 new artworks were added to the NWU collection. This provided an opportunity to add contemporary artworks to the collection by artists such as Peter Eastman, Philemon Hlungwani, Stompie Selibe, Hanneke Benadé, Sam Nhlengethwa and Claudette Schreuders.

The current art collection consists of several smaller collections which currently fall under the management of the NWU Gallery, although most of the works, previously known as the Permanent and Loan Collection of Artworks (of the former PU for CHE) formed the core of the collection.

Today the NWU art collection consists of more than a thousand artworks with an estimated value of R20m, pending formal appreciation.

The cataloguing of the NWU Art Collection has been completed under the management of the NWU Gallery with the appointment of a full-time curator in 2006. This publication forms part of the NWU Art Collection’s vision and mission statement with regard to art procurement and audience development. The current art collection comprises of over 1000 artworks including paintings, sculptures, graphic works and some examples of craft work.

It is my vision as current curator of the collection to make it accessible to a broader audience by means of interactive processes. The NWU Art Collection aims to establish such interaction through the study, preservation, conservation, exhibition, interpretation and development of its collection, through the preparation and presentation of temporary exhibitions and through a programme of educational activities aimed at diverse audiences ranging from novice to expert. The over-arching aim is to contribute towards the development of visual literacy within the North-West Province in general.